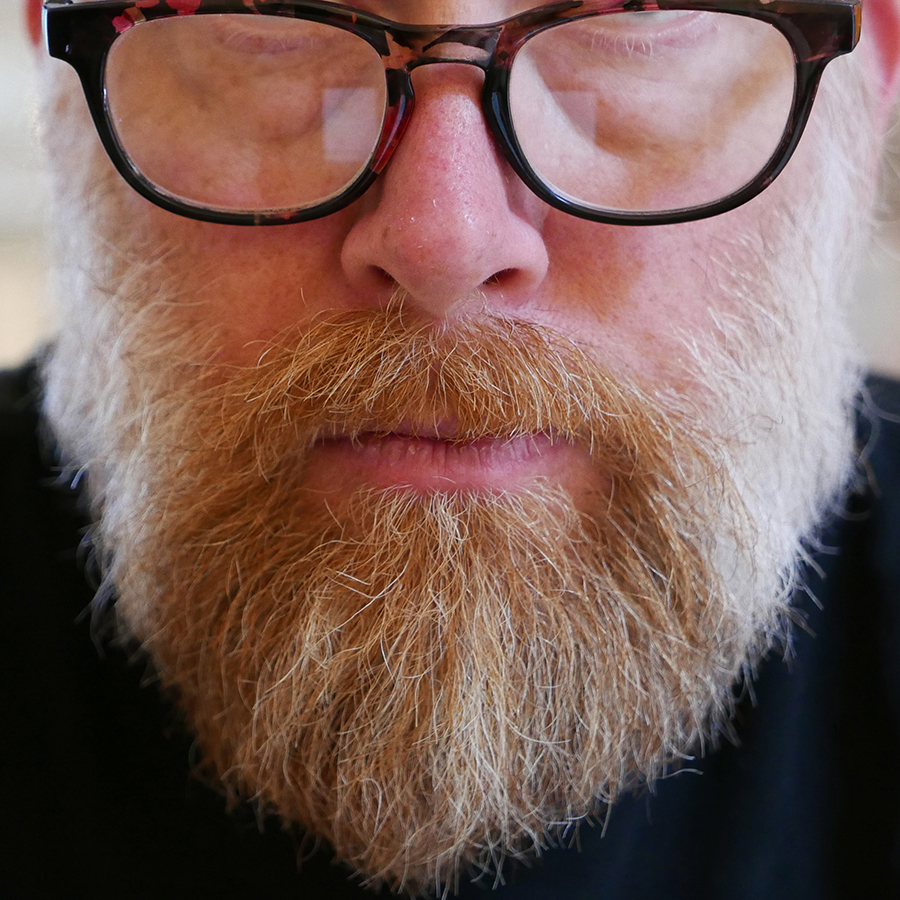 This week is a little slow. I’m sorry.  We are on hold, so this became a weird Halifax travel blog.

We arrived on Monday 7/17 and by Thursday we started looking for a weather window to start moving again either north or east. The wind was from the wrong direction for the next seven days. On Sunday we saw that Thursday 7/27 looks like a potentially good day with a good weather window for departure eastward. So, our (tentative) plan now, barring big weather changes is to leave Thursday morning.  Once we are out, we may not be available for a long while – 20 to 30 days – so, this blog will be interrupted. Next week’s blog will be abbreviated and may come early (you’re welcome). It will contain all of the exciting information about our preparations. Stay tuned!

We arrive very early in the morning at Halifax Harbor in a fog so thick we have to navigate completely by AIS. All around there are ships, some very large and fast, that pass us. We see nothing. To our eyes they are blinking triangles on a screen, but in my mind they are enormous, loaded down, heaving mountains. We hear their fog horns call their presence through the blankness, and hold our breath as they slip by. Thank you, I whisper back.

We move by motor deep into the “Northwest Arm,” a long bay to the south of the Halifax peninsula and anchor almost at the end. We are on the quiet side away from the touristy, downtown  waterfront and by, instead, pretty houses with docks, jogging paths, and rowing clubs. We park in front of the Armdale Yacht Club. They offer showers for a small price, which we take, but other than that we are somewhat removed from the club and don’t meet any members. This is ok. Plus, let’s face it, anchoring costs the right amount.

After a rest, we go into town. It’s a good walk of 2 miles or more, the first half uphill. Pretty quickly we find ourselves in a neighborhood that looks exactly like the Burns Park neighborhood in Ann Arbor. The streets are in a grid with giant, leafy trees. The houses are single-family in pretty styles, well maintained and sitting off the street a bit. Even the colors seem to be in the same palette as those back home. I mention this to Glenn and Ava and they agree. The three of us walk in a sort of a rabbit-hole stupor for a good while. How can we travel so far to be no further than the neighborhood next to ours at home? It ends abruptly when we get to the cemetery with the bagpiper and are reminded that we are in fact in a tartan-filled foreign land. Whew.

Further into town, close to the university on a street called Spring we find our people. Great bookstore. Great beer garden (Stillwell) with great food and bag tossing games.

Today Ava and I go to the Halifax Central Library. This is a quite nice, new building (with overt references to the libraries of OMA and Ito, for the architecture crowd). It has a large public space in front where people gather to chat and play. Inside it’s bright and open. Here (in the café) I blog, Ava researches the Model UN program, and together we discover the magic of cucumber soda. Heavenly. We vow to make our own version when we get home… but don’t.

Eventually, we move to the second floor for power. I see some open lounge seats along the massive front window. I see the sign that says “Youth Floor.” (Somehow, this doesn’t register as a place I shouldn’t be. Days later Ava points out that the sign explicitly states that the space is only for people under the age of 18. I concede.) We proceed. We flop down together around an outlet and continue where we left off. Across from us are two “Halifax Youth Council” members. They are boy-men, maybe 15 or 16, talking about various aspects of the organization. I am half listening, and I get interested. Internet. Halifax has this group of young people (ages 15-24) who advise their (Halifax’s) member of parliament on the needs and interests of today’s young people. The guys across from us are discussing the poor treatment of transgendered youth and their desire for more attention on this subject. As it turns out, they have a path to that attention. How cool, I think.

Later, we meet up with Glenn and together the three of us go see the Sophia Coppola movie The Beguiled, a remake of a 1970’s Clint Eastwood joint. We walk home through the cemetery discussing whether it was a feminist movie or not. One of us thinks it was and two of us don’t. Ahem.

Ava and I went to Walmart today to buy some new cookware. Why, you ask? Because (drum rollllllllllllll…) we have (wait for it…) a brand new (what?) stove! And it is more beautiful than a newborn baby. (Just kidding. Newborns are ugly, but they do hold the promise of a beautiful and delicious future, right?)

Back on Netzah, Glenn completes the installation of our new stove. The 35 year-old stove that came with the boat was, uh, a challenge. It required constant supervision because it heated things up very unevenly. Approximately every six minutes I would have to turn pans 180 degrees, or 90, or move them up to the broiler to cook the tops, then back down. You get the insane picture. I had done this countless times in making bread. It was a huge limitation, but I was willing to live with it given the high costs of a new marine stove. Until, that is, the Great Louisa’s Cake Incident of 2017 broke me. No amount of tray gymnastics could fix the half raw, half burned debacle. A few potent expletives later and we buckled. We ordered the stove in Portland for pick up in Halifax. A now here she is sizzling our first meal: sautéed garlicy shrimp, polenta, arugula salad (would have cooked this if I could have), and yep, Louisa’s Cake. Success. I christen her Martha. Yes, as in Martha Stewart, who has, in my opinion, very good recipes, but also a racy ex-con past. Ava does not approve.

The wind is against us and will be for a while, so we enter a waiting pattern the kind with which we are getting more and more familiar. We use a variety of weather data to figure out the wind’s behavior in the upcoming days including raw GRIB files and interpreted forecasts. GRIB files contain predicted weather data from the US government using their modeling system called GFS. These files show us, through readers, the predicted wind directions and speeds as modeled every three hours for any location on earth. They are fairly accurate, but they are not perfect especially the further away (in days) you get. So, we consult interpreted data too. This is when meteorologists interpret the same GRIB files we are using and issue a reading. Today, because of the accessibility of satellite technologies, we are able to receive this information on our boat even when we are far from shore. In many ways, this is amazing progress and makes our voyaging safer. In other ways though, it’s important to remember that people crossed oceans for centuries without this stuff. They had to read the weather by putting their bodies in it and being careful observers.* And, more importantly, they had to be good sailors. In the end we can get hit with bad weather. It’s what we do in that matters.

Today is Halifax visitation day. We see: the Citadel, the 19th century star fort in the middle of the city; the waterfront area with shops and restaurants; the Nova Scotia Gallery of Art, including a beautiful exhibition of the paintings of folk artist Maude Lewis, about whom a recent movie with Ethan Hawke was made; and the Halifax Farmer’s Market. We walk about 9 miles total, the most so far on the trip. Thanks, iphone health app.

* Buys Ballot’s Law, for example, states that if you stand with your back to the wind the Low Pressure system will be to your left and the High will be to your right… provided you are in the northern hemisphere. Forgotten knowledge.

I see a poster at “our” cinema, the Oxford Street Cineplex for an upcoming movie called Lady Macbeth. The image, however, is portrait of a hoop-skirted young woman from the nineteenth century. Intrigued. I look it up. This film is based on a short story by nineteenth century Russian author Nikolai Leskov. At “our” bookstore, I find this book and after reading only a few pages, I buy it. The first story (the Lady MacBeth one) is an exhilarating collision of Shakespearean tragedy and Russian folktale. Like any good combo, this hybrid sum exceeds its individual parts. (Reese’s anyone?) Delicious.

By the way, the film version is set in Victorian… England. This I cannot imagine. Russian culture seems so ingrained in the story.

Ava declares this her not-birthday-birthday. Fearing that we will be at sea during the real deal, (6 AUG) she wants a celebration TODAY. She creates a song. She invents a dance. In a desperate measure to end the whingeing, we acquiesce to the date change. Great she says. She wants an iphone. After we pick ourselves up from the massive fits of convulsive laughter, she agrees to a birthday meal and two new books. Oh, and a yearlong trip around the Atlantic.

Ava requests and I oblige to a meal that consists of an entrée of Fattoush and a dessert of Flan. Yep, that’s all she wanted. One cracked dish with sugar everywhere later, her wishes have been met. Sort of.

I wake up to the sad news that we not only missed Halifax’s pride parade yesterday, but that we also missed Canada’s Prime Minister, Justin Trudeau, who marched in it. Note to self: read the local news not just the NYT.

Glenn and I spend some time analyzing the weather data for the upcoming week. We think that Thursday looks like a good day to leave given the route along the southern edge of Sable Island that we want to take. We begin to prepare mentally for this possibility.

The rest of the day is quiet with a small shopping trip to return a baking tray (too big!) and buy some new shoes for GW (same exact ones he’s worn out! Whyyyyyyyy?) The day culminates in a trip to the movie “The Big Sick,” a lovely rom-com that mostly takes place in a hospital with one of the lovers in a coma. Yep, sounds bad on paper, but it’s great.

This set of writings documents our sabbatical journey on board our sailboat Netzah. We are taking a year to travel around the Atlantic on route which will take us from Canada to the Caribbean Sea. We are setting sail to these places, but also to an uncharted way of life. We expect there will be changes, but what those are, remain ahead.